Our team attended ISPOR Europe 2022. Here we report on the key highlights from each day including the research posters presented by our team at the meeting. 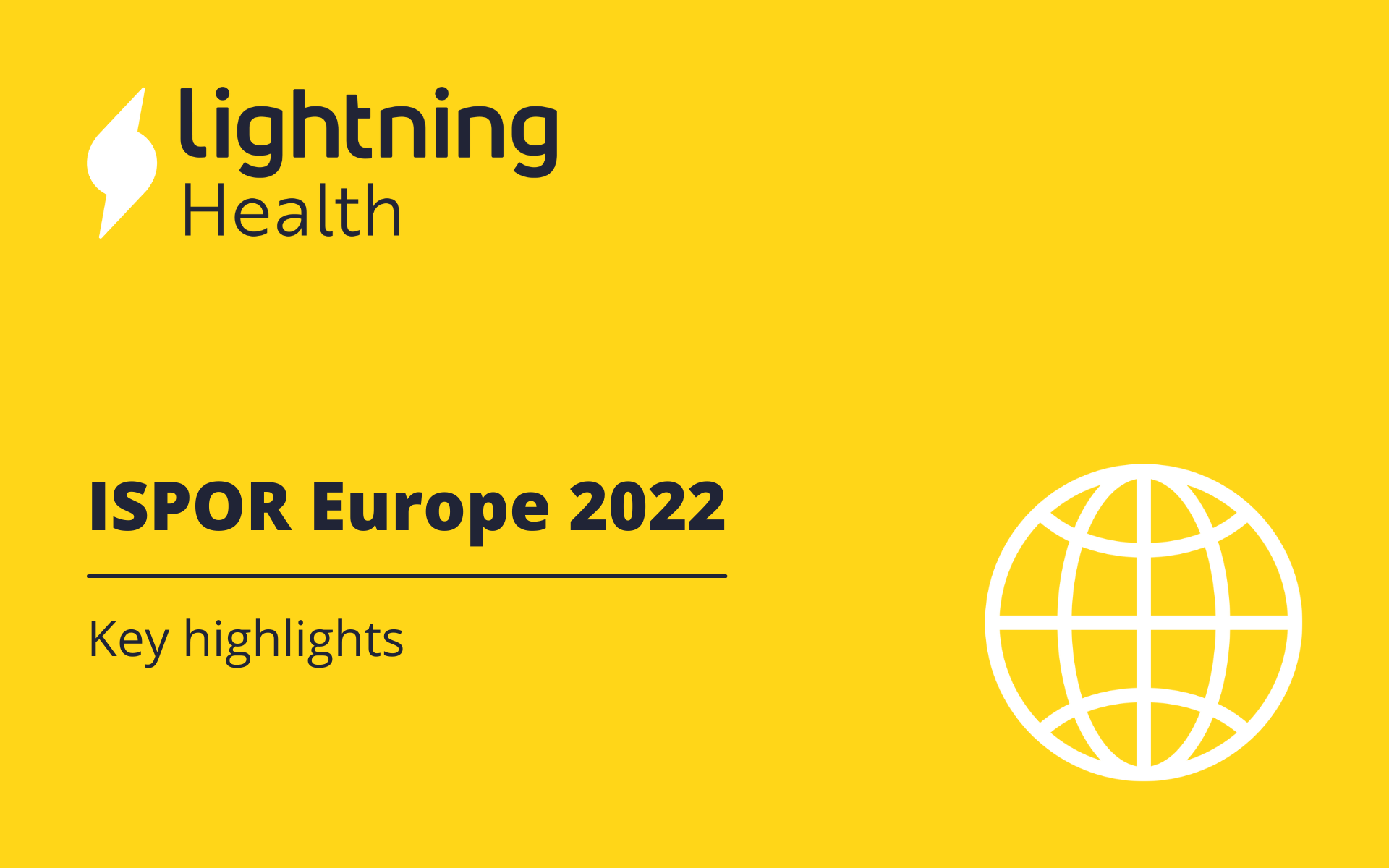 ISPOR Europe 2022 took place from 6-9 November at the Austria Center Vienna, Austria. Lightning Health’s team attended the meeting to catch up with industry colleagues and network with new connections. Members of our team presented their recent research findings and attended some of the key sessions that that took place during the conference.

The key themes this year were:

For those that didn’t attend the meeting, here are the key highlights from across the three days at ISPOR Europe 2022.

Key stakeholders from the EMA, national HTA bodies and EUnetHTA 21 discussed the convergence of HTA bodies and regulatory agencies in the context of the EU-JCA. The panellists viewed the implementation of the EU-JCA in 2025 as the first key milestone for European access to medicines since the establishment of EUnetHTA in 2010.

The themes discussed during day one, complement the findings of Jake James’, Senior Analyst at Lightning Health poster that was presented at the meeting. This recent research, The Impact of the EU-JCA throughout European Healthcare Systems (HTA93) indicates;

Benefits and challenges associated with the EU-JCA

Oncology therapies and ATMPs that receive MA from the EMA will be assessed by the EU-JCA from 2025, before P&R decisions are made at the national level. The panellists discussed several benefits and risks associated with the implementation of EU-JCA.

The key challenge identified was the potential to place financial pressures on member states:

Panellists stressed that evidence generation will be a priority for a successful decision-making process at the EU-JCA level. In particular, RWE generation will be essential in therapy areas where evidence requirements are challenging, such as orphan therapies. The DARWIN EU initiative (a pan EU network of RW data) was provided as an example of an ongoing collaboration between the EMA and EUnetHTA. This initiative aims to increase access to patient relevant evidence, such as patient populations and safety data.

The EMA and EUnetHTA have identified nine areas that will be important for closing the gap between HTA and regulatory agencies. Some of these include:

A meeting between representatives of the EMA and EUnetHTA to progress the delivery of the work plan will take place in the coming weeks. 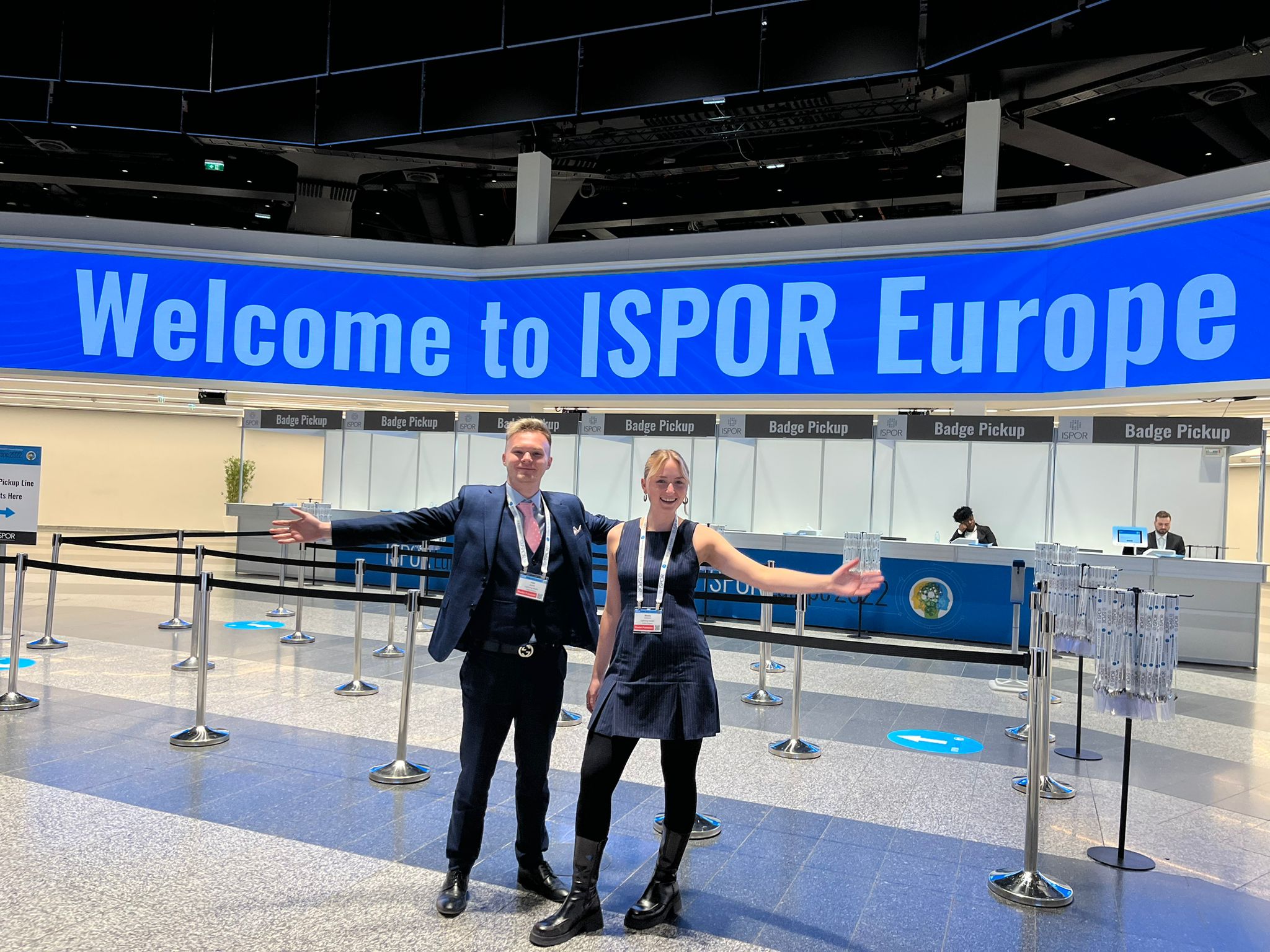 On day two, an expert on health economics and representatives from the EMA and National Health Council, discussed the importance of patient experience data (PED) for evidence generation in the EU.

Creating patient relevant data should be a priority for manufacturers from early in the development process for new medicines. This theme is discussed in the poster presented by Maddy Dawson and Nancy Cross, Consultants at Lightning Health, investigating whether RCT populations are fully representative of their target patient population, and how technology, regulatory requirements and increased patient engagement can improve representation of all relevant patient sub-populations in clinical trials.

PED are collected via a variety of patient engagement activities and methodologies to inform the patients’ overall health status, symptoms, disease course, treatment preference, QoL and impact of health care. This includes:

How can the DARWIN EU initiative support the development of PED?

A priority of the DARWIN EU initiative is to reinforce patient relevance in evidence generation by analysing PEDs. They will work with large data sets and will closely coordinate with the EMA. Although collaboration and data sharing is currently limited due to data protection laws surrounding patient data, Juan Garcia Burgos (Head of Stakeholder Engagement at the EMA) emphasised the importance of guidelines for the facilitation of appropriate data sharing between stakeholders.

How can PED be used?

Nancy Delvin (Professor of Health Economics at Melbourne University) discussed how PRO data, measured system wide, can be used to:

To ensure that analyses are ‘fit for purpose’, Prof. Devlin emphasised the importance of selecting the correct PRO instrument and defining the level of variation that is acceptable in the analysis. Furthermore, evidence should be presented in a way that is meaningful to patients.

A framework for developing a disease-specific patient-centred core impact set (PC-CIS) was presented by Eleanor M. Perfetto (former CEO of the National Health Council). This is a method for prioritising the most important impacts of a disease on a patient and their carer. The impacts reported by patients, stakeholders and through environmental analysis are prioritised to create a PC-CIS which can be used in clinical trials, value communication and RWE studies. 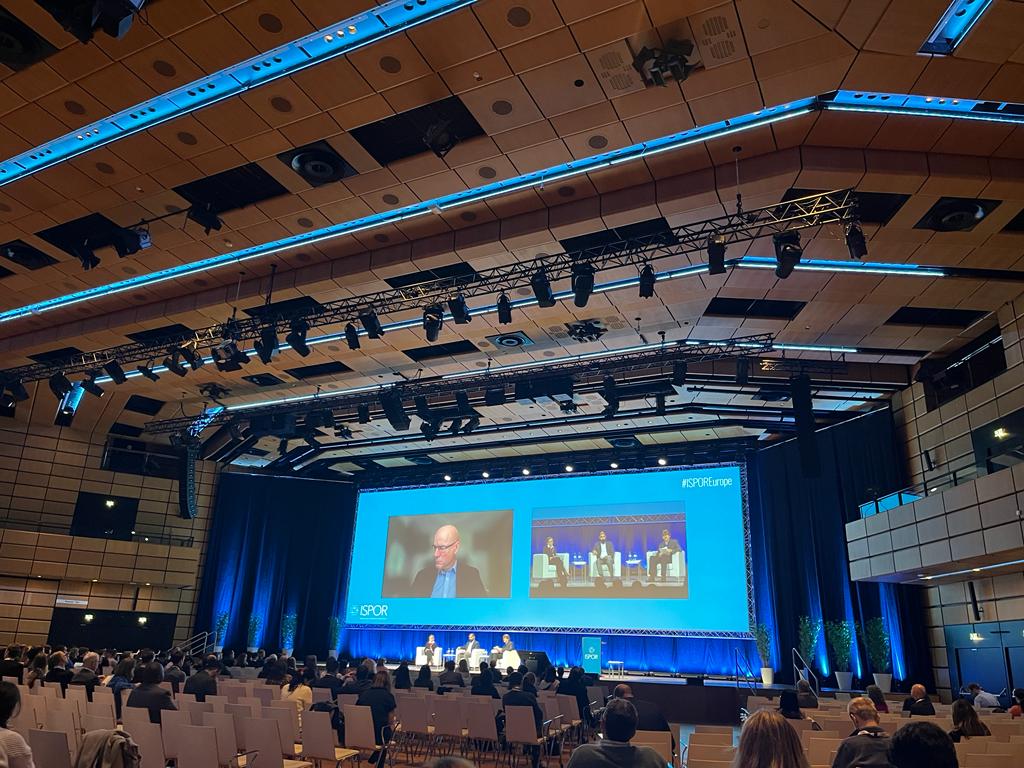 On day three of ISPOR EU 2022, panellists built upon the key themes considered throughout the conference, such as patient engagement and RWE collection, in a plenary session discussing innovative methods for integrating data across outcomes and borders.

The EHDS is a common EU data space comprised of infrastructures and governance frameworks aimed at increasing digital access to, and control of, electronic personal health data. Shahid Hanif (managing director, GetReal Institute) acknowledged that the challenges associated with the collection of RWE across borders include standardising outcomes, ensuring no information is lost, and enabling appropriate data sharing. To support the collection of RWE across Europe, he suggested introducing incentives for HCPs to capture data across healthcare settings. Winning the trust of patients and citizens will also be essential for the general acceptance, effectiveness, endorsement, and rapid adoption of the EHDS.

The head of data analytics and methods task force at the EMA, Peter Arlett, highlighted the EMA’s efforts to enable the use of RWE though the DARWIN EU initiative. By 2025, they aim to deliver 150 RWE studies annually. To help prepare manufacturers for RWE collection, standardising parallel scientific advice with regulatory agencies, HTA bodies and payers will be essential.

When collecting RWE, Beate Jahn (senior scientist UMIT) emphasised the importance of collecting patient relevant outcomes. Measuring the incremental harm-benefit ratio (by dividing change in harm by change in benefit) enables the collection of additional patient relevant outcomes (e.g., mental health and short-term effects of drugs) that are not accounted for in traditional metrics such as QALYs. To tailor these models to individual countries, it is important to consider epidemiological data (e.g., incidence and prevalence), as well as other elements such as trust in healthcare systems.

To find out more…

To learn more about how Lightning Health supports the lifecycles of health technologies, get in touch with Alan Hutton, Head of Client Engagement & Commercial Development today and book your demonstration of Lightning Insights; a global on demand community of payers and clinicians. ​